Case of the Month: Bear

A 12-year-old, M/N, Rough Collie mix named Bear developed facial swelling 2-3 weeks prior to presentation. Owner suspected Bear had been stung by a bee and gave Benadryl. The swelling resolved in two days. Approximately two weeks later, the swelling returned, appeared worse, and Bear’s eye swelled closed. Bear has not been interested in food for the last couple days, but still drinking water. FNA from the facial swelling was submitted.

ClinPath Notes: Bee stings are expected to elicit a hypersensitivity response and eosinophilic inflammation. In this case, there is bacterial infection and chronicity, so the predominant leukocytes are neutrophils with a few macrophages. The variable bacterial morphology is often seen in abscesses associated with bite wounds, such as cat bites, due to inoculation of bacteria from the oropharyngeal cavity. In this case, it is assumed from the history that this is associated with the bee sting and “traumatic inoculation” of bacteria, particularly given that there are a few eosinophils around, but you never know if this is a separate process in the same area that by chance occurred in a similar time frame. Can a dog get stung by a bee and have a tooth root abscess on the same side two weeks later? Of course!

Case of the Month patient information has been altered for client confidentiality.
More Cases 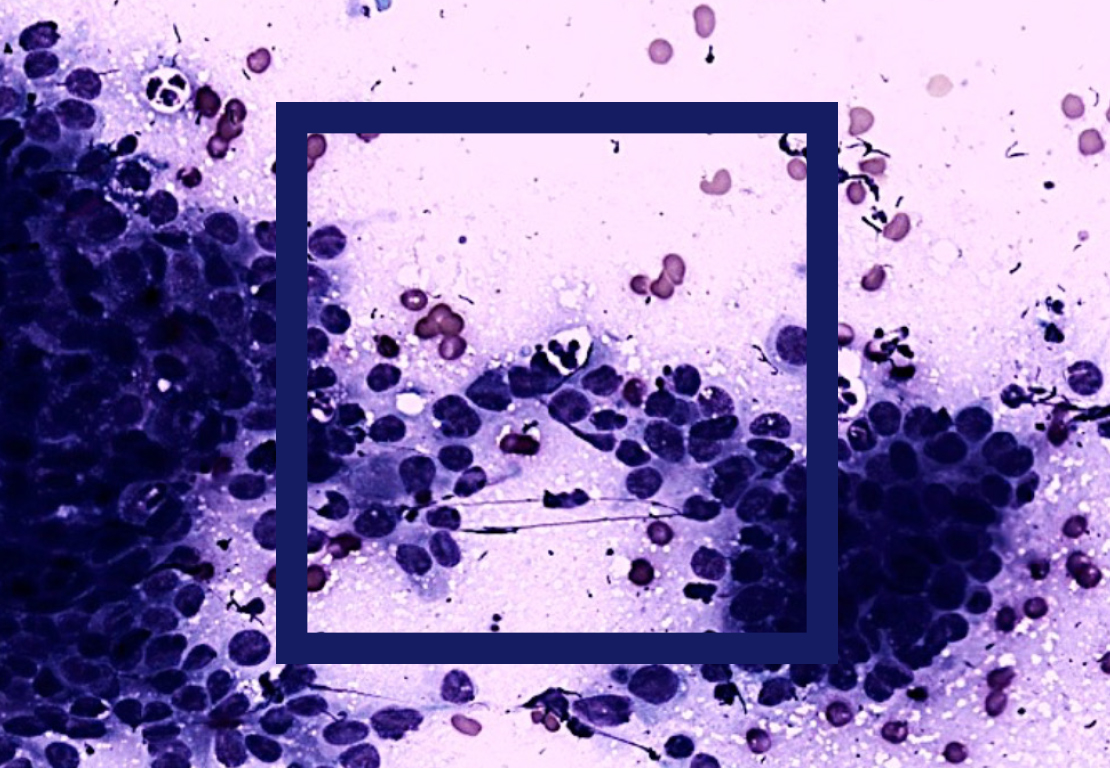 Case of the Week: Dennis

Case of the Week: Lucky

Case of the Week: Pudding
See All Cases>