How Digital Cytology Is Changing The Game For Hematology

The landscape of veterinary medicine is ever changing – and that’s a good thing. In a blink, yesterday’s best practices are outdated, propelling once cutting edge technologies and techniques into the equivalent of a flip phone. No offense to the flip phone – it was a marvel to behold when it was first introduced. Little did we know, the iphone was right around the corner.

Veterinarians and pathologists are a resourceful and gritty bunch. In the absence of the ideal methods, they’ve been able to “get by” with the rudimentary if not limited tools at their disposal. And innovations that fill gaps in an elegant and easy way – become the new standard of care.

A good measure of the importance of an innovation is when it becomes a tool you can’t live without. Take for example the CBC analyzer. This game changing innovation is now widely recognized as the gold standard for blood analysis. Today, it would be highly unusual to find a veterinary practice performing a blood analysis using a hemocytometer, but we forget it was the gold standard only a few decades ago.

Where There’s a Gap, There’s Potential to Innovate

The CBC analyzer allows blood studies to be performed rapidly, bringing critical insights to the point of care in both urgent and non-urgent cases. It is a fast, low cost tool that helps the savvy veterinarian get to the heart of the matter quickly, so they can solve the patient’s problem in the most efficient way. While the CBC analyzer is powerful for all these reasons and more, it does have its limitations, necessitating the review of the morphology of the peripheral blood smear from time to time.

In vet school, students are told to review a blood smear every time a CBC is run, but this is not always realistic (sorry, teach). Because blood smear review requires some expertise, when there isn’t a clinical pathologist down the hall, you have to choose either to; 1) read it yourself and try to decipher an answer immediately; 2) send it out to the reference lab so a pathologist can take a look, thus rendering the CBC already performed useless while forcing a multi-day delay (you were so close!); or 3) do without the blood smear review, opting instead to treat empirically or based on intuition. Sadly, option 2 is often not relevant if the answer can’t wait. Therefore, unless you have a specific interest and skill in blood morphology – meaning option 1 is ok for you, option 3 is the most frequently relied upon approach. None of the options are ideal. Indeed – a situation ripe for innovation!

How Digital Cytology is Changing the Game for Hematology

Digital cytology is an emerging technology that allows you to scan and submit microscopy cases to a global community of veterinary clinical pathologists, who are standing by 24/7/365 to provide an interpretation in minutes. Those who have heard of digital cytology often think about it exclusively for the review of Fine Needles Aspirates and other cytologic cases. In doing so, they ignore the impact digital is having on the world of hematology.

So When is a Path Review of Peripheral Blood Necessary?

We know what you’re thinking: not every case needs a blood smear review, so how do you know when is a good time to make a smear and scan it for a pathologist’s review? While we wouldn’t dare dispute the scientific expertise and time honored traditions of the veterinary community, we humbly offer basic and actionable criteria that help determine when a path review for blood can add the most value to the veterinary workflow. If you’re doing a lot of point of care hematology, look for the following subset of cases, based on the CBC result or patient signalment:

A Tail of Two CBCs

Recently, we interviewed two dynamic practitioners from both sides of the digital cytology relationship (submitter and interpreter). On the one hand, because rapid interpretation hasn’t traditionally been available in urgent care, the ER veterinarian has historically had to do without the input of a clinical pathologist. On the other hand, the clinical pathologist doesn’t frequently find herself interpreting an urgent case. Our interview revealed a surprisingly kindred interest and mutual admiration between these medical counterparts, as they share stories of the emerging interactions between them.

Dr. Kavit Manro, Co-Founder of Voo Veterinary Group in London, appreciates how clinical pathologists help solve hematologic mysteries: “Sometimes the clues from the CBC don’t add up to the clinical situation, and the clinical pathologist can either set my mind at ease and give me confidence the CBC is right, or they can prove the CBC wrong. I just need more information in order to make the correct judgment – often in life or death situations.” He continued: “Being able to say to a client within a few hours there is a diagnosis and it’s a very serious one – that immediately puts you on the path to take the right steps. Other times it allows you to prevent something becoming an emergency. Having a pathologist look at the actual cells makes a difference.”

As a seasoned veterinary clinical pathologist, Dr. Kate Baker, founder of the Veterinary Cytology Schoolhouse, admires how much urgent care practitioners are able to do on the fly. “In the ER, emotions run high, costs are high, there’s significant morbidity, limited time, and it all requires quick decisions,” she said. “The practicality of having someone else to help you is big. The importance of looking at a blood smear is significant; you have to check your automated differential because although they’re great … they’re not perfect. But also – it’s not just confirming what the CBC is telling you, but also expanding upon it. CBCs and blood smears are inherently linked for maximal information. If you’re not using both you’re leaving a huge amount of information on the table.”

Kate welcomes the rise in in-house diagnostics, and lauds the role of digital cytology in point of care hematology for its unique value add: “The reason why blood smears became less popular in the first place is because the time delay often rendered the test moot, but now by making the turnaround almost immediate, you’re bringing the value back to blood smears and getting on the right path sooner. That’s why it’s so important to have the technology to get the answer quickly.”

Tails from the Veterinary ER

Kavit recalls a recent case example involving a cat where his suspicions were validated by a pathologist’s invaluable input. “We ran a test, and it said, ‘this is a regenerative anemia’ and looking at this cat with chronic liver and kidney disease thinking, ‘you’re doing well to regenerate’, and then what would be the blood loss, what would be the destruction of red blood cells if that were true. The pathologist’s review told a different story, a marked nonregenerative anemia which was much more believable to the case, and so sometimes the path review just rights the wrong, when you see something the machine is telling you and you don’t see why it fits.”

Another case helped Kavit believe the machine when the values seemed like a stretch. “We had another case where the lymphocyte count was through the roof, and we thought, ‘it cannot be that high – how can you make so many lymphocytes?!’ The cat went from very healthy to very unhealthy in a matter of a few days. We thought we were dealing with something a lot more acute. As it turned out, from the pathologist’s interpretation, it was a lymphoblastic leukemia, so a genuine lymphocyte disorder.

Kate was not surprised. “We’re all familiar with the difference between leukemia types; there’s the kind that has a grim prognosis, and the kind that can be more chronic with longer survival times. On a CBC those will often look the same – and so you absolutely have to look at the blood smear, because there are morphological differences that can give clues as to which you’re dealing with. So, while many people do “get by” with the CBC, I must wonder how many scenarios – especially in particularly busy clinics or those with limited funds – are missing out on that vital information by not utilizing the blood smear.

The integration of clinical pathology at the point-of-care creates the next evolution for veterinary hematology. We’ve known for some time that CBC results combined with a path review of the peripheral blood smear, bring comprehensive diagnostic value to various clinical situations. By doing so at the point of care, we can position ourselves to put the course of treatment on the correct path much earlier. Soon, we suspect, we’ll be wondering how we ever “got by” without digital cytology applied to hematology.

The Pathologist Review of Peripheral Blood

Here’s what you’ll discover in this FREE E-book:

Enter your information to get instant access to the free e-book.

ScopioVet is the veterinary division of Scopio Labs, a company dedicated to redefining diagnostics by unlocking the potential of microscopy imaging and AI. ScopioVet has developed a Digital Cytology System, available throughout the United States and Europe, that allows veterinary hospitals to scan and submit cytology and hematology cases to a global network of veterinary clinical pathologists, who provide high quality reports within one hour.

Dr. Kate Baker is a board-certified veterinary clinical pathologist living in Columbia, TN with her husband (an ER vet) and two small children. She is the founder of the Veterinary Cytology Schoolhouse which encompasses a variety of RACE approved CE courses as well as a robust (free!) Facebook community with over 56,000 members. Her professional passions lie in cytology diagnostics as well as teaching veterinary professionals how to become more comfortable with and excited by the wonderful microscopic world. 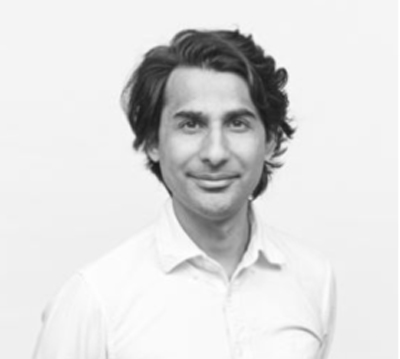 Dr. Kavit Manro is a veterinary surgeon and owner of the Voo Veterinary Group, a group of several veterinary hospitals in the United Kingdom. Kavit graduated from the Royal Veterinary College and went on to complete his RCVS certificate in Surgery. Kavit is passionate about carrying on and expanding the traditions of his family business by supporting his team of professionals, providing the highest quality of care to his clients and patients.